Amino acids are not only popular with athletes, but are also increasingly attracting the interest of people who want to lose weight. The reason for this is their special characteristics that support weight reduction. To find out which of the many ways this applies and how amino acids can help you lose weight, read further.

What are amino acids?

Aminocarboxylic acids or amino acids are the smallest components of proteins that perform important tasks in the body. They are found in almost all organs and are indispensable for the metabolism. An amino acid never occurs on its own, but always in chains of building blocks that are composed differently.

Each arrangement forms a different protein, which has special characteristics and fulfils specific functions.

Basically, we distinguish between the 22 so-called proteinogenic (canonical) and over 250 non-proteinogenic amino acids. Although the latter occur in the organism, they cannot be detected in proteins.

The human body can produce most of the proteinogenic amino acids itself. However, the so-called essential amino acids cannot. They can only be supplied to the body through food or dietary supplements.

The production of Histidine, Arginine and Tyrosine does not begin until later in childhood, which is why they are called semi-essential amino acids.

Each amino acid fulfils a specific function in the body and has different effects.

Amino acids and their effect

The effect of the protein building blocks is very different. We give an overview of the properties and functions of the individual essential and semi-essential amino acids and their approximate daily requirements:

It supplies the central nervous system with various messenger substances and is essential for muscle building.

Isoleucine is mainly found in

The daily requirement is about 20 mg per kilogram of body weight.

Leucine is important for muscle growth.

Increased concentrations of this amino acid are found in

The daily requirement is about 10 to 50 mg per kg of body weight.

This substance supports the connective and muscle tissue. Lysine is converted into Carnitine, which has a positive effect on muscle growth and weight loss.

The amino acid can be found in 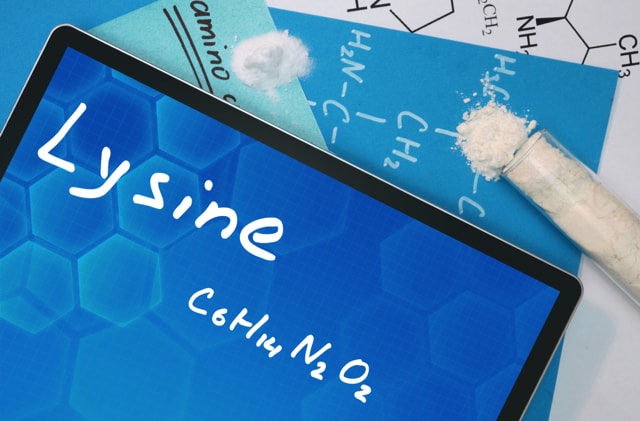 It is responsible for protein production in the body and protects against urinary tract infections.

The amino acid is mainly contained in

This acid supports the formation of white and red blood cells and promotes kidney function.

Phenylalanine is mainly found in

Threonine helps build bone and produce antibodies to strengthen the immune system. Converted into the body’s own substance Glycine, it has a nerve-soothing effect.

It is contained among others in

The amino acid is necessary for the production of the so-called happiness hormone Serotonin and the sleep hormone Melatonin. It also strengthens the liver function.

Tryptophan is found in fruits and vegetables:

Valine is important for the regulation of blood sugar and the transmission of various messenger substances to the brain. Valin also has a positive influence on the immune system.

The amino acid is mainly found in

This substance promotes muscle building and body growth. This amino acid also has a positive effect on blood pressure and the immune system.

It can be found in vegetable foods such as buckwheat, nuts and soybeans, but also in fish, chicken and pork.

Daily requirement: 1 to 5 mg per kg of body weight.

Histidine is important for oxygen transport in the body and contributes to wound healing and tissue repair.

It is contained among others in

This amino acid is involved in signal transduction between cells and supports hormone production in the thyroid gland. It can have a motivational and performance-enhancing effect and is particularly effective in

Daily requirement (together with phenylalanine): 14 mg per kg of body weight.

What happens in the event of an amino acid deficiency?

An amino acid deficiency, for example, due to a chronic illness, an unbalanced diet or stress, can manifest itself through various complaints.

In addition, scientists are discussing the connection between the protein building blocks and other complaints and diseases such as diabetes or obesity.

Some types can help you lose weight, for example by promoting the production of certain hormones that are important for fat processing.

Here we would like to mention the following species in particular:

Together with the amino acid lysine, arginine supports growth hormones, which can convert fat into energy during sleep.

Also in synthesis with lysine, carnitine promotes muscle growth and has a positive effect on fat burning in the body.

This amino acid has a rather indirect effect on weight loss. It can influence a hormone called cholecystokinin (CCK), which is important for the feeling of satiety. This plays a major role in successful weight loss.

This amino acid can also be used for slimming, as it supports the production of hormones in the thyroid gland. This is because the hormones produced there promote the body’s basic energy metabolism and in this way stimulate fat burning.

In addition to the above-mentioned foods, these protein building blocks can also be taken as dietary supplements, for example in the form of pressed pellets.

Important: The prerequisite for permanent and above all sustainable weight loss and the conversion of fat into muscle mass is a healthy, balanced diet together with physical activity.

How much you can lose with the help of amino acids cannot be predicted and depends on many different factors. These include the initial weight, the type of dietary change and the amount of exercise.

What should I pay attention to when taking this medicine?

Since amino acids are substances produced naturally in the body that are involved in numerous bodily functions, we have found that no side effects are to be expected when taking amino acid pressings – provided that the dosage is not too high.

Possible side effects of overdoses are

A high overdose over a long period of time can lead to liver and kidney problems. Persons suffering from kidney weakness or limited kidney function should consult their doctor before taking amino acid supplements.

Always pay attention to the exact dosage so that the positive effect on fat reduction and muscle build-up can develop optimally.

We recommend that you follow the instructions for intake and dosage exactly and only buy high-quality amino acid products. Then you can achieve the best possible results with amino acids when losing weight.

Our nutrition expert Maik Thies has been working successfully as a personal coach and manager for fitness & leisure facilities in the health market since 2011. As a fitness specialist and world champion in bodybuilding, he passes on his knowledge to people who want to redefine physical and mental limits and value healthy and balanced nutrition. His clients include skeleton athletes Janine Becker and Alexander Gassner, bobsled pilot Stephanie Schneider, rally motor sportsman Sepp Wiegand, etc. He supports amino4u in explaining the body's processes to you in a simple and understandable way, thus enabling you to regain more health and zest for life.